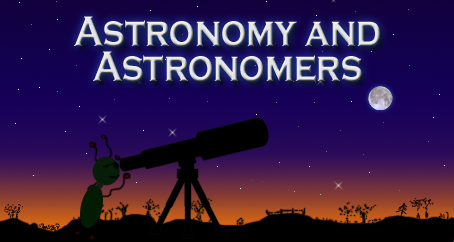 
Human beings are curious creatures. They have a natural desire to seek explanations for the existence of things. To the first people to exist, much of what existed on Earth would have been a mystery to them. The objects in space that we now know as stars, planets, moons and comets would have completely baffled them. But by looking at them and trying to understand them, these early human beings would become the first astronomers.

Early people would have observed the presence of the Sun, the regular phases of the Moon, and the movement of the stars across the sky. They used the repeating pattern of the Moon's phases and the shifting positions of the stars each night as an early calendar, enabling them to know when to plant crops and harvest. People didn't fully understand why these events in the night skies affect what goes on Earth and quite often superstition and religion influenced their explanations. It was as if the stars somehow controlled the events on Earth. 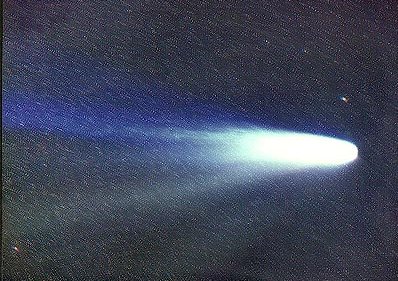 Records of early observations date back thousands of years, and evidence suggests that these observations took place by people in many countries around the world. Records from the Far East, the Middle East and South America suggest scientific observations of the night skies took place 7,000 years ago. Astronomers in these ancient civilisations (mostly in China, Babylon and Egypt) didn't use telescopes or other scientific instruments, seeing as they hadn't been invented, but by creating star maps, they were able to plot the locations of the visible stars. They put these stars into groups, or constellations. Constellations are kind of like space dot-to-dots, although the names that the constellations were given often bear no similarity to the shape of the constellation! As the stars are still in the same places now as they were thousands of years ago, the constellations are almost identical and some still have the same names. Early observers, familiar with the positions of the stars and the movement of the constellations across the sky, noticed that there were some objects that looked like stars, but didn't move like them. They named these objects wanderers, or planets. Of course, the same planets are still visible now and we now know the scientific reasons why they move differently to stars. Quite unsurprisingly, special attention was paid to the visible planets (Mercury, Venus, Mars, Jupiter and Saturn), with ancient records of Venus' appearances being found from the Babylonian region in the Middle East (situated where Iraq, Syria and Turkey are now located) and records from thousands of years ago of the calculations of Jupiter's orbit being found in China. Ancient astronomers also made observations of Solar and Lunar Eclipses, sunspots, meteor showers and appearances of comets. It is believed that the first recorded appearance of Halley's Comet (pictured above right) was made in China in 613 BC. 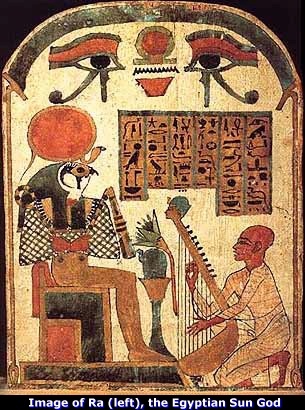 One of the problems with early astronomy was that it was heavily influenced by the beliefs of the time. Nowadays, we know the stars to be giant balls of gas many billions of miles away from Earth. The Sun is simply one of those stars, but much much closer to Earth and not particularly different from most other stars. The Moon is a ball of rock which orbits Earth, and the planets are balls of rock and gas which orbit the Sun. Comets are smaller balls of ice and rock which travel through the Solar System, glowing as they get closer to the Sun. The Moon's phases are caused simply by its position in relation to the Sun and Earth as it orbits Earth. Eclipses of the Moon of caused the Earth getting in the way of the sunlight, and eclipses of the Sun are caused by the Moon getting in the way of sunlight to Earth. Sunspots are colder patches on the Sun, so they shine less brightly than the rest of the Sun and meteor showers are fragments of rocks burning up in the Earth's atmosphere. This modern explanation of the universe doesn't sound too glamorous, but at least we have a clear idea of what we are looking at. Even though the people of ancient civilisations made scientific observations of space, they still believed that the skies were the heavens, the homes of their various gods. Ancient Chinese people built houses in positions which corresponded to what they thought were important constellations in honour of their gods. Ancient Egyptians understood the power of the Sun and how it supports life on Earth, and for a while, when they weren't worshipping their pharaohs, they worshipped the Sun as the god Ra (the sun-god). It is also thought that the most famous structures of the Egyptians, the pyramids, were built with astronomy in mind, and research shows that the locations of the three largest pyramids of Giza are thought to form a pattern identical to the conjunction of the three belt stars of the Orion constellation. Over in Britain, strange constructions like Stonehenge were built. This circle of stones is estimated to have been built between 4000 to 5000 years ago with development and redevelopment taking place over a long period of time. What it was built for is still a mystery and its reasons for construction will probably never be discovered. What we do know is that it has some relevance to the time of the year, in particular the occurrence of midsummer and midwinter. The fact that the site was developed over such a long timescale and would have taken a huge amount of effort to build highlights the fact that it must have been extremely significant in its day and it has to be more than just a gigantic calendar!

One of the most well known people in early astronomy is Aristotle. Aristotle was a Greek philosopher who lived between 384 BC - 322 BC. He developed many theories on the nature of physics, some regarding gravity and the movement of the objects in space. A lot of Aristotle's ideas turned out to be wrong, but it took about 2,000 years until people realised this! For instance, Aristotle believed that the Earth was at the centre of the universe and that the Moon, the Sun, the planets and the stars all orbited Earth. He also believed the Moon to be a perfect sphere. Supporting and expanding on Aristotle's ideas was Ptolemy, a Roman astronomer, astrologer, mathematician and all-round clever bloke who lived in Egypt between the years 83 AD and 168 AD. By the time of Ptolemy, Aristotle's idea of an Earth-centred universe were widely accepted, and Ptolemy concentrated on calculating the distances of the objects orbiting Earth to give a clearer understanding of the size and shape of the known universe. In the Almagest, Ptolemy published information about the movements of stars and planets, a catalogue of known stars and the ancient constellations. The Almagest was such an important text on astronomy that it was still used over one thousand years later and was seen as the definitive guide to the universe, kind of like this website only with information that later turned out to be wrong! Ptolemy also published his Handy Tables (its real name!) which contained tables about the positions on the planets and stars at given times. As Ptolemy was also an astrologer, these tables could be used to make astrological predictions, or horoscopes, about events to come.

The theories of astronomers like Aristotle and Ptolemy lasted for a very long time, and were accepted without question for hundreds of years. They provided explanations for what the objects in the night sky were and, as they appeared quite logical and fitted in with the religious beliefs of the time, there was no reason for anybody to want (or dare) to question the theories. That was until advances in scientific technology caused certain people to decide to re-evaluate their place in the Universe, and they eventually went on to prove that a lot of what people had been believing for hundreds of years was actually completely wrong!